(The Neighbour of the Beast), 2019
Contemporary Exhibitions

Contemporary art collided with metal culture in this unique exhibition created by artist Alan Kane and commissioned as part of Home of Metal.

Artist Alan Kane conceived of the spacious and elegant Floor 3 Galleries as a domestic environment, playfully confounding notions of public and private space and expectations of scale, purpose and value. Metal as material and “Metal” as a global cultural phenomenon interplayed throughout this part-domestic and part-institutional space. 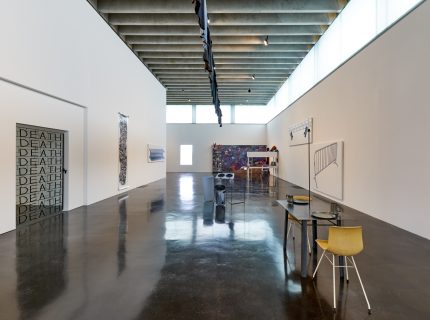 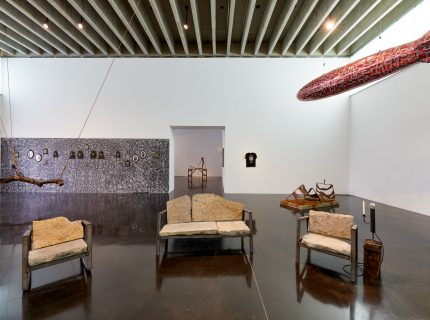 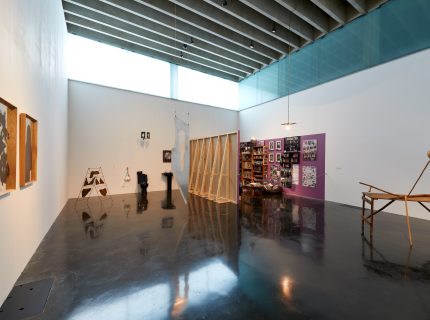 Midlands metal fans Kayleigh Archer, Samantha Hornsby, David Jolley, Millie Millburn, Bill Sneyd and Philip Walchester worked with Alan and the Gallery team to create domestic-themed installations as part of the exhibition, celebrating their collections. These presentations evoke the spirit of Walsall’s renowned People’s Show’s of the 1990s and Alan Kane and Jeremy Deller’s Folk Archive of 2005 onwards, both of which celebrated everyday creativity.

Kayleigh is a metal fan from Netherton near Dudley whose collection focuses on US band Halestorm. Kayleigh has seen the band live on many occasions and has met them over fifty times including five times in America. She first encountered the band in April 2010 when they were an unknown support act and has followed them ever since. 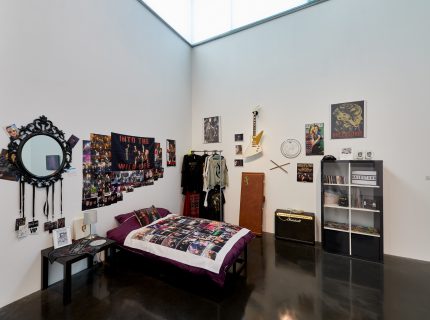 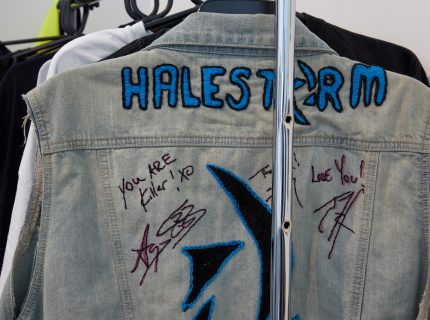 Sam is a metal fan from Nottingham, living in a small terraced house filled with memorabilia. Her collection is intensely personal. Framed gig tickets , photographs and wrist bands along with banners and signs “liberated” from festivals and events evoke treasured memories of shared experiences with friends. Sam runs Instagram account Battle Jackets Worldwide 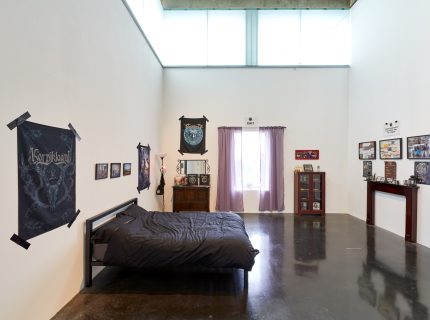 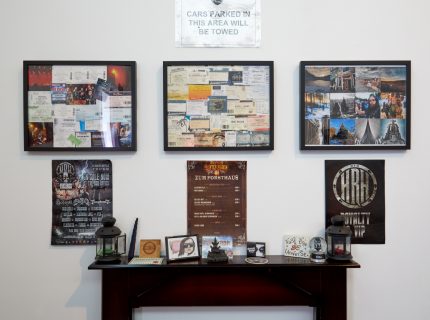 David is a metal fan based in Northamptonshire. He has an extensive collection of rock and metal music and memorabilia and has a particular interest in the Donington Monsters of Rock festivals. The most comprehensive part of his collection, however, is dedicated to Italian gothic metal band Lacuna Coil. David built his own study which celebrates his love of metal and was painstakingly recreated in the Gallery with the help of wife Carrie and daughter Red. 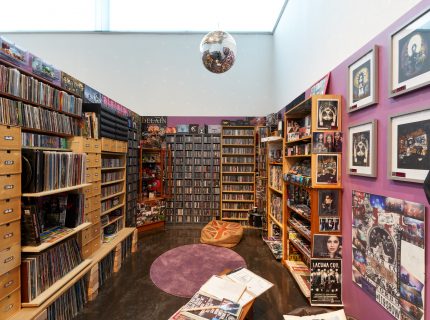 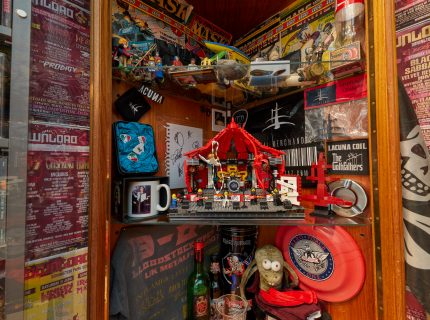 Millie is a young metal fan from Birmingham. She collects skulls and rocks which are displayed in her bedroom. The feature wall was painted by Millie with artist Craig Earp; a far-off galaxy populated by monsters. The mask was made by Millie with mum Jo. Millie (Miller Killer) is the lead singer of HAQ123 alongside friend Zac (Zacattack) and his Dad Dave. The band performed twice at the Gallery as part of the exhibitions opening and closing events. 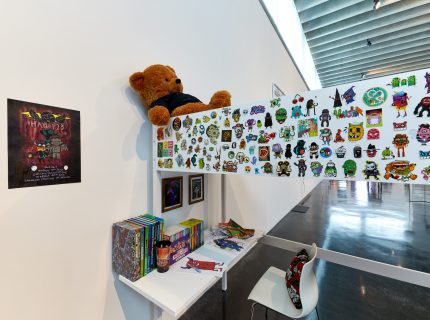 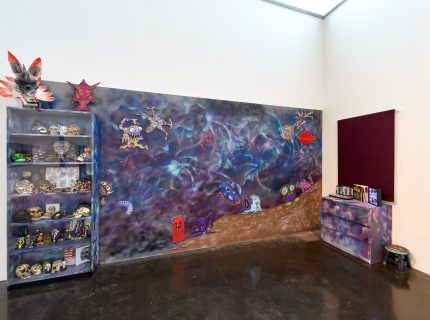 Bill is a metal fan from Cheslyn Hay with a passion for Judas Priest. He lent his collection of metal t-shirts featuring Judas Priest and Rob Halford to the exhibition, which were strung up high on a washing line. Bill found his love for the rock and metal genre from a fellow student at Walsall College of Technology in the late 1980s. Bill is a huge supporter of Home of Metal and its longest standing volunteer. 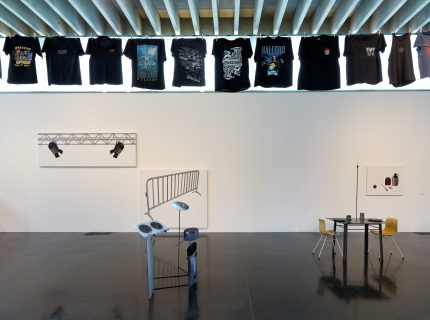 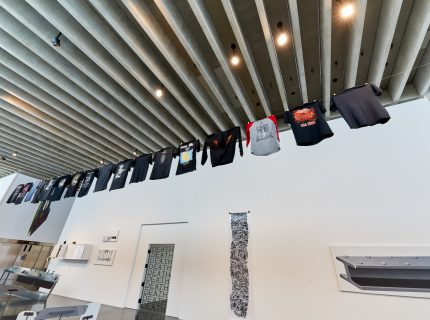 Phil is a metal fan from Walsall. He collects a wide range of memorabilia including posters, guitars, magazines, t-shirts, flyers and merchandise. He has sung in bands and also crewed for local bands both in the UK and Europe. Some of Phil’s metal themed beer and wine bottles are on display in Alan’s ‘kitchen’ installation. 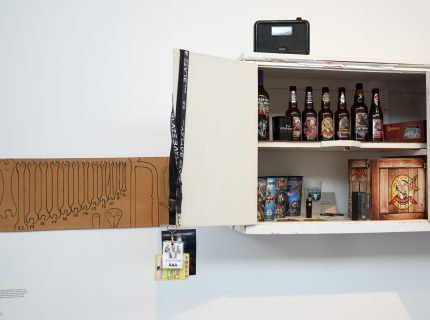 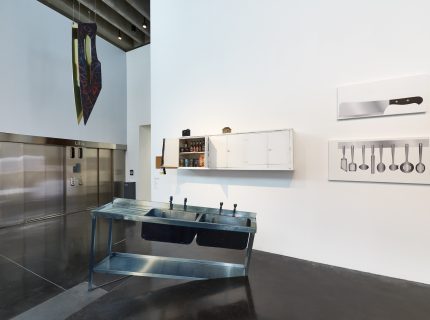 Alan Kane’s 4 Bed Detached Home of Metal  is a celebration of passion, creativity and collaboration, bringing together the contemporary visual arts with the world of Heavy Metal music and culture.

A limited edition tea towel (edition of 300), designed by Alan Kane, has been produced to accompany the exhibition. It is available for sale in the Gallery Shop for £9.

Please see our What’s On section for further information including events and activities for children and families.