The New Art Gallery Walsall is the home of the prestigious Garman Ryan Collection, gifted to the Borough of Walsall in 1973 by Lady Kathleen Epstein (nee Garman), widow of the great 20th century sculptor Jacob Epstein. The Garman family were originally from Wednesbury and, though Kathleen had spent her adult life in London, she wanted to give something back to the Black Country where she had grown up. 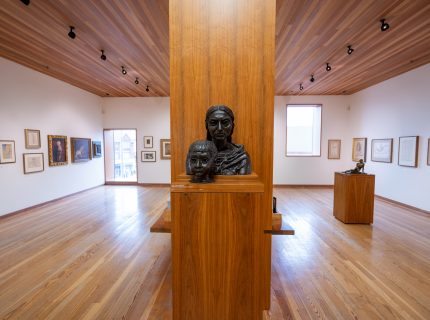 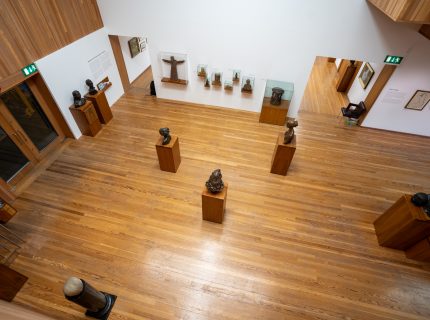 Following Epstein’s death in 1959, Kathleen had the idea of forming this important collection with her close friend, Sally Ryan, who was a talented sculptor in her own right, as well as the granddaughter of a wealthy American tycoon.  Together they amassed a collection of 365 works, including those by renowned artists such as Constable, Degas, Matisse, Monet, Picasso and Van Gogh, as well as by friends and family members such as Epstein, Lucian Freud, Theo Garman and Matthew Smith, alongside artefacts from many cultures around the world.  Works are displayed in the thematic groupings prescribed by Kathleen on her donation, which allows the opportunity to make unexpected links and comparisons across different cultures and centuries.

The New Art Gallery Walsall has an impressive Permanent Collection of over 3500 works, which have been collected since the foundation of the original art gallery in Walsall in 1892.  As well as historic works and works with a particular resonance to Walsall, the Gallery retains a strong commitment to contemporary collecting, reflected in acquisitions made through the Contemporary Art Society Special Collection Scheme and Art Fund International, as well as works acquired from contemporary artists who have exhibited or had residencies at the Gallery. 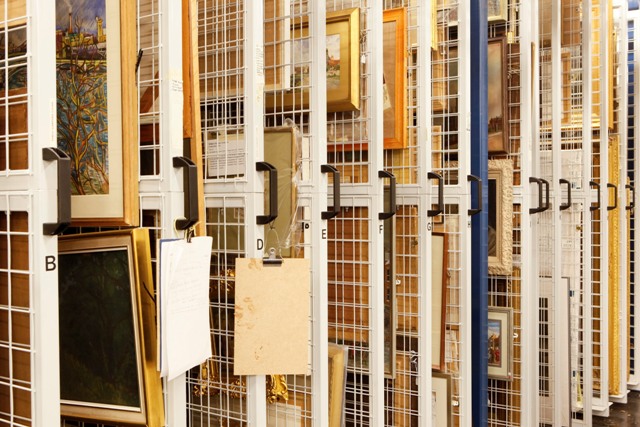 This scheme ran between 1998-2004 and was funded by the arts lottery. It supported the acquisition by museums of contemporary art and crafts across the country.  Through this scheme, The New Art Gallery Walsall has been able to add to its collections key works by Dorothy Cross, Rose Finn-Kelcey, Laura Ford, Darren Lago, Hew Locke, Mike Nelson, Yinka Shonibare, Yoshihiro Suda, Estelle Thompson, Gavin Turk and Richard Woods.  The works that comprise this collection transferred ownership to Walsall Council from the Contemporary Art Society in 2014.

In 2008, The Art Fund, the UK’s leading independent art charity, awarded The New Art Gallery Walsall, in partnership with Birmingham Museum and Art Gallery and Ikon, £1million for the creation of a new collection of international contemporary art for the West Midlands on the theme of the Metropolis.  This five year scheme aimed to encourage a radical change in the scale and ambition of contemporary art collecting in the UK and to develop regional collecting.  Between 2008-2013 works were acquired from artists including Mohamed Bourouissa, Andreas Gefeller, Romuald Hazoume, Jitish Kallat, Ola Kolehmainen, Aleksandra Mir, Josef Robakowski, Beat Streuli and Yang Zhenzhong.

In 2014, The New Art Gallery Walsall was gifted a private collection of 200 artworks from Birmingham-based historical researcher Clive Beardsmore.  Clive has a longstanding association with the Gallery, having worked at the old Walsall Art Gallery in the 1970s at the time Lady Kathleen Epstein gifted her collection to Walsall.  As well as two works by Epstein, this collection features works on paper by Modern British Artists including John Bratby, David Hockney, Patrick Procktor, Graham Sutherland and Keith Vaughan and also works by St Ives artists such as Terry Frost, Patrick Heron and Tony O’Malley. There are also ten works by Clive’s former neighbour, renowned abstract painter and former Head of Fine Art at Birmingham Art School, William Gear. Having also worked for many years as an artist’s model, both in London and the West Midlands, and been an active supporter of the Royal Birmingham Society of Artists, Clive has formed close relationships with many contemporary artists who are represented in the collection, including Paul Bartlett, Paul Hipkiss and Roger Forbes.