Celebrating 25 years of bringing community arts to the Borough, The Walsall Silver Thread Tapestries project has produced 11 tapestries illustrated by artist Hunt Emerson and hand stitched by an army of needlework volunteers from the local community. They have stitched over 12 square metres over the last 8 months.

For a full list of venues and tour dates, please go to the Creative Factory website for details www.creativefactory.org.uk

Five a-n News writers – based in London, Birmingham and Glasgow – pick, in no particular order, their top five exhibitions of the year. 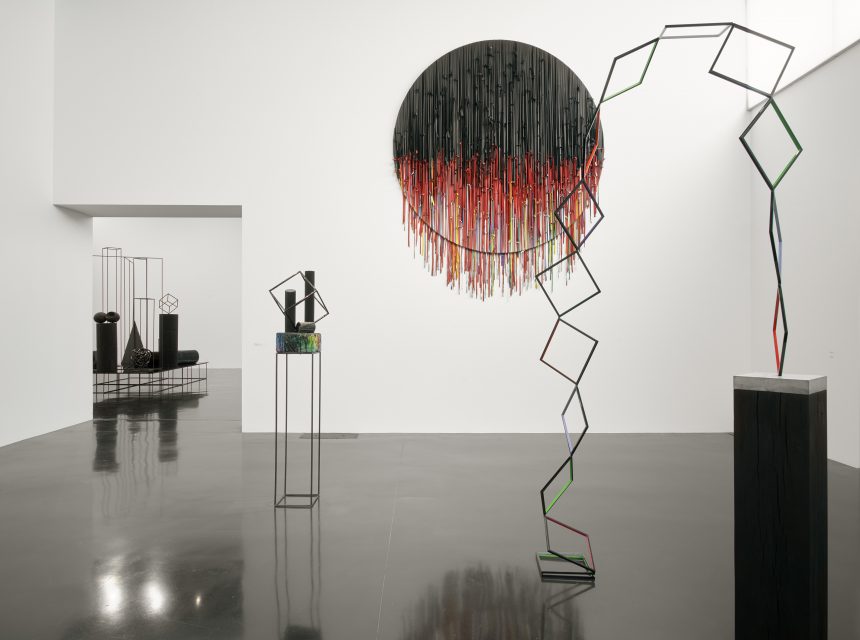 Eva Rothschild’s display at New Art Gallery Walsall, whose high ceilings and polished black floors feel like they have been made for the artist’s works, was a beautifully balanced one. Featuring two newly commissioned pieces made during this summer’s EU referendum campaign, works such as RedSun, An Array, Ruins and Technical Support (all 2016) typically employed an economy of material, relying on balance and precision to achieve formal tension through texture, form, and vibrant colour paired with black. Generously punctuated with seating that acknowledged the viewer, this was an elegant, resonant and timely politicised exhibition.
24 September 2016 – 15 January 2017.

High tribute to UAE’s heroes
By The National staff

A 90-metre long sculpture made from 31 aluminium-clad steel tablets will grab the attention on Commemoration Day. The National was given an exclusive tour of the structure at the memorial park when it was being put together by British artist Idris Khan

“What are monuments?” asks the British artist Idris Khan, designer of the memorial that will act as the focus for Commemoration Day on November 30.
“The word monument gets into your head and you think about what it represents. They’re for people to visit, to be absorbed in and to feel power in a certain way.”

Khan, 38, has certainly invoked that sense in the 90-metre sculpture that now stands at the heart of the newly-named Wahat Al Karama, a 46,000 square metre site that sits between the Sheikh Zayed Grand Mosque and the headquarters of the UAE’s Armed Forces.

Made from 31 aluminium-clad tablets, the tallest of which is 23 metres, Khan’s sculpture overlooks a wide memorial plaza that doubles as a reflecting pool and leads to a smaller, circular structure, The Pavilion of Honour.

The Pavilion contains the names of each of the nation’s heroes who, from the time of the UAE’s unification in 1971, sacrificed their lives in the service of their country.
Each name is inscribed on its own panel, made from aluminium reclaimed from Armed Forces vehicles.
A graduate of London’s Royal College of Art, the sculptor came to wider public attention thanks to Seven Times (2010), an installation of steel cubes sandblasted with layered Arabic inscriptions, and You and Only You (2012), a mural formed from fragments of pilgrims’ responses to the experience of performing Haj.

Both works were displayed as part of the British Museum’s 2012 exhibition Haj: Journey to the Heart of Islam.

But the memorial is the largest work Khan has ever undertaken. It is made from hundreds of tonnes of steel, and its 31 tablets and central spine are covered in over 1,000 hand-painted, individually cast aluminium panels.

Some of the panels bear poetry from the UAE’s founder, the late Sheikh Zayed, while the monument’s spine is inscribed with the pledge of allegiance sworn by all members of the UAE’s Armed Forces.

“I wanted to create an entrance into the piece so that as you enter, you get a real sense of scale. You walk into the piece and there’s an immediate difference in temperature,” the artist says.
“You have these tremendous rays of light coming through the different tablets and the poems help to draw you round, providing different moments to pause and reflect.” 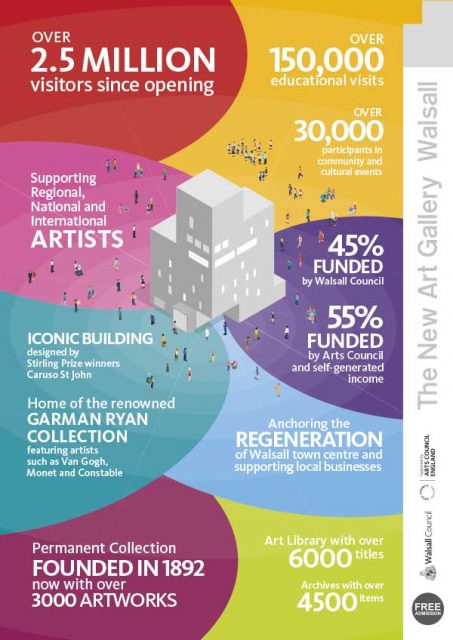 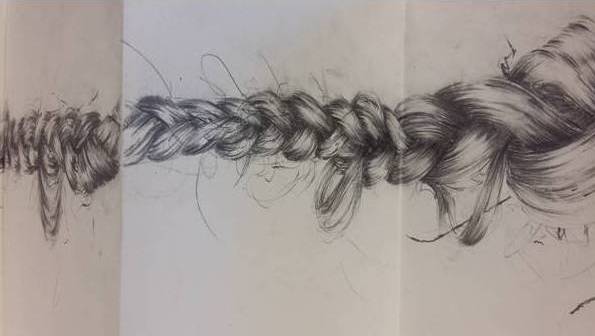 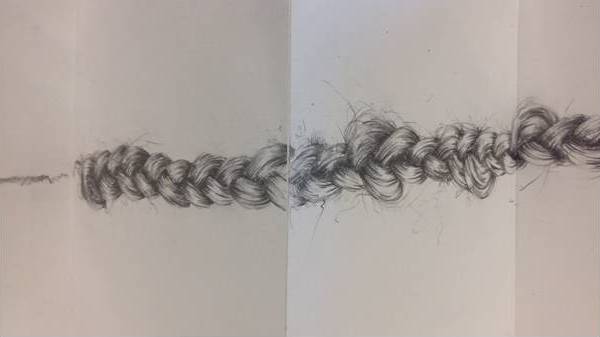 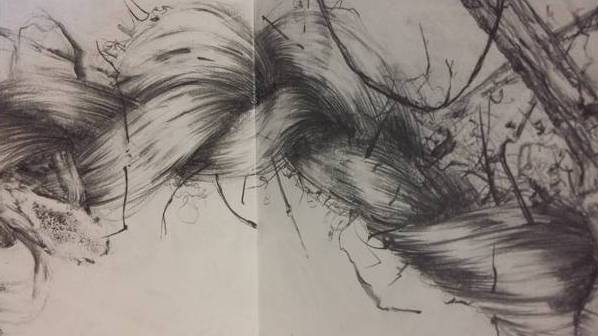 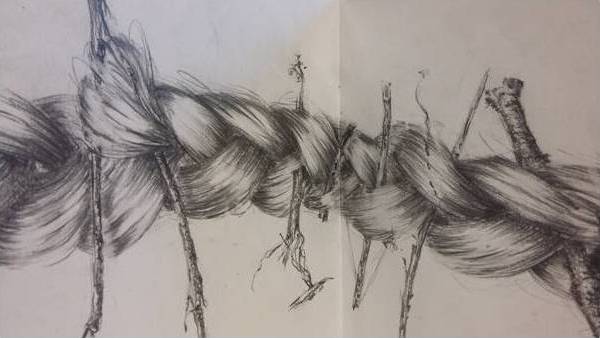 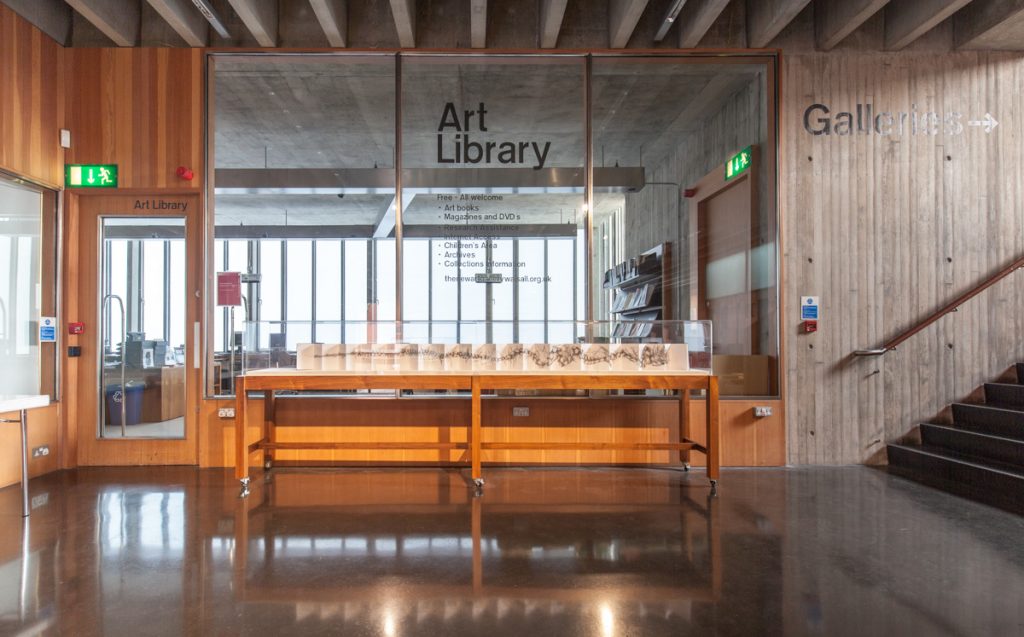 A group of A Level and GCSE students from Ockbrook School in Derbyshire took part in a hands-on art and sculpture masterclass led by expert artists at The New Art Gallery Walsall in the West Midlands.

The £21m New Art Gallery Walsall opened in February 2000 to national acclaim and was nominated for the RIBA Stirling Prize. It is home to over 1,500 sculptures, paintings and prints.

On arrival we had a 30 minute guided walk and talk around the gallery, which really helped us to get our bearings. For some of us it was the first time we’d seen masterpieces by leading artists such as Van Gogh, Monet and Picasso.

It was then a case of rolling up our sleeves and taking part in an amazing practical 3D sculpture workshop, involving casting in plaster. The workshop was an integral part of our students’ studies, encouraging discussion and rejuvenating ideas of their own art through viewing other artists’ work.

Year 12 student, Olivia Brown said: “The day itself was amazing. It was really thought-provoking, encouraging us to see past just the colours on a page. I loved the workshop and learned some new techniques that I hope to use in my own work.

“The gallery is stunning and getting to see Van Gogh’s ‘Sorrow’ drawing up close was also very exciting, as there are only two of these in the world!”

Catherine James, from the Gallery, said: “Taking students out of the classroom and into the inspiring space that we enjoy at the New Walsall Art Gallery is a great way of stimulating the creative juices.

“I hope the group from Ockbrook left with the understanding that art is for absolutely everyone to enjoy and that there is so much more to it than just looking at paintings, pictures and sculptures. Questioning art leads to discussions, which helps with confidence in public speaking.”

We’d like to say a huge thank you to the New Walsall Art Gallery for hosting us and the excellent educational workshop. Further details of the day can be found online at www.ockbrooksch.co.uk

To celebrate the 125th anniversary of our Permanent Collection in 2017 and the launch of our new online collections database we are inviting you to curate next year’s collections exhibition, which will open in March.

Two History of Art students from the University of Birmingham are now undertaking work placements with us at the Gallery to help promote this exhibition. Aelita and Jessica will be in and around the Gallery for the next few months encouraging visitors to vote for their favourite artworks, both via Ipads in the Garman Ryan galleries and in our Art Library.  They will also be helping with ideas on social media to illustrate the breadth and scope of our Permanent Collection.

This is your opportunity to take ownership of the collection displays!

Voting is now open and will close at the end of January.

Alternatively you can vote via postcards available in the Gallery.

We will display the most popular works in our themed collection galleries next year.

Don’t miss out on this opportunity to see your favourites on display!

Thank you to everyone who has sent messages of support over the recent weeks.

Walsall Council has been asked to make savings of £86 million over the next four years. As part of the proposals to achieve this, the Council has proposed reducing funding to The New Art Gallery Walsall to zero by 2020.

The Gallery’s core funding is currently awarded through a partnership between Walsall Council and Arts Council England, and further subsidised through grants, foundations, partnerships and commercial activity. 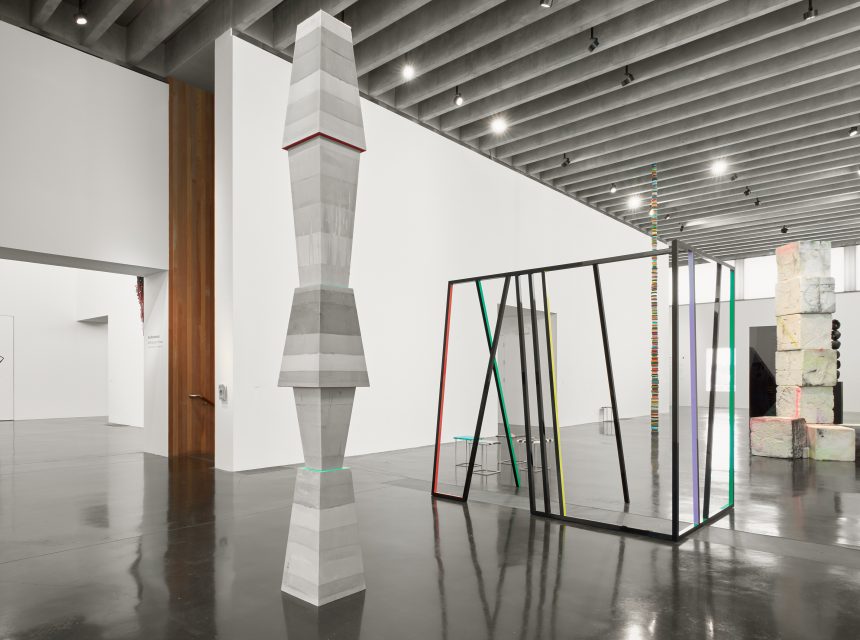 Further to the online survey launched as part of the public consultation, Walsall Council is inviting anyone wishing to comment upon the draft budget saving proposals to write or email directly to:

The Council have requested that the following points are addressed in any feedback:

Feedback submitted by letter, email and the online survey https://surveys.walsall.gov.uk/s.asp?k=147741448313 will be collated via methods agreed by Chris Holliday, Head of Leisure Culture and Operations, Walsall Council.

Public consultation is now underway for the proposals put forward by Walsall Council.

To ‘have your say’, you can upload and complete the consultation document here:

To comment on the proposals concerning The New Art Gallery Walsall you will need to enter number ‘36’ when asked for the ‘Saving Reference Number’.

On the evening of Wednesday 26 October 2016, Cabinet approved the proposals as set out in ‘Rebalancing the Budget: Options for Consultation’ – public consultation will now take place. 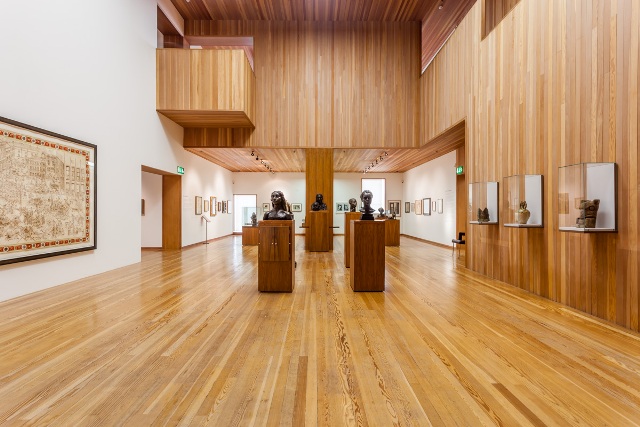